Today we’ll see grammar patterns which are used to form sentences to speak about the intentions or plans.

This grammar pattern is used to state the reasons for doing certain actions in order to achieve certain goals.

It indicates the basis, degree, method of etc.

This can be equivalent to saying in order to, in such a way or so that (something).

1) 제시간에 도착하게 일찍 나갑시다.
Let's go out early so that we can get there on time.

V- 기 위해 (서) cannot be used directly to adjectives. However if-아 / 어지다 has added to an adjective, making it a verb, then it can be used with V- 기 위해 (서)

I saved up money to buy a laptop computer.

I'm exercising every day for my health.

An expression used to indicate that a result not intended during the preceding act appears in the following statement. This expression can have the meaning of " instead ended up (doing something)" or "but instead".

It is used with verbs only.

I thought I was putting sugar but instead I added salt.

I was going to invite them but instead I got busy.

A connective ending used when the preceding statement is the purpose, result, method, amount, etc., of something mentioned in the following statement.

It can be equivalent to saying ~so that, in order that, that, so as to, in order to…. in English.

It should be used with Verbs.

Take care not to tell her.

I got up early so as to be on time for the express.

An expression used when the speaker promises or notifies the listener that he/she will do something.

This is yet another grammar pattern which is easy to use.

2) In the office, I will sit in a designated seat.

~기로 하다 has a similar meaning as ~(으)러 and ~(으)려고 하다 which is used with action verbs to express a plan or intention of any individual. It is added in the end of a sentence or clause to indicate that one “decides to do” an action.

When expressing it in past tense ~기로 하다 becomes ~기로 했다.

I intended to go to India but can't go because of Corona.

I promised to have dinner with my parents on the weekend.

~(으)러 has a similar meaning but the thing to remember is it is used only with some specific motion related action verbs like 가다, 오다 or 나가다. It can be used with suggestive, imperative, interrogative, and declarative sentences.

Today I am planning to go to the library.

At what time in the morning do you intend to set off for Busan ?

It is used when a person has considered doing an action, but another action happens which overlaps with the original planned action.

It can be understood as “was about to” , “on the verge of" or "intending to.”

1) I was just about to have lunch, care to join me?

An expression used to indicate the speaker's intention to do the act mentioned in the preceding statement, as a condition for the following statement.

An expression used to indicate the speaker's strong guess as a condition for the following statement.

1) Jisoo must have arrived home by now, so call her.

It is used to indicate what either the listener or a third party would or must do.

We have to wait even if it takes more time.

People should be honest without knowing.

An expression used to express that the incident mentioned in the preceding statement almost occurred but ultimately did not occur. It can be used in the expressions used to exaggerate something that happened in the past.

I almost had an accident because I didn't reduce the speed in my eyes.

Jisoo almost lost her mind when she heard the news of her parents' accident.

" Verb + (으)러 " is used to express the motive, purpose or intention of the action.

It has the meaning of  " in order to do something " and 가다, 오다 or 다니다 is always followed by the verb in the sentence.

We are going to Myeongdong to shop.

How about going for a meal ?

A connective ending used when the speaker has a certain purpose, intention, hope, etc.

It can mean "wanting to, wishing to, should/would like to, going to, willing to, intending to, so as to, with the intention of, so that ~ may, for the purpose of" etc in English.

He goes to bed early so as to get plenty of sleep.

If you are going to take the TOPIK Test for the first time, or if you want to give your score a boost so that you can pass a higher level, we would strongly advise you to get the Complete Guide to TOPIK – Self-Study Package. It is a digital study package that has everything you need to get a great score in the TOPIK test – all the past TOPIK papers with answer sheets, grammar and vocabulary study material, video tutorials explaining the test structure, strategies to solve them and much more. You can check out more details about this study package HERE.

Learning Korean can be tricky, especially when the goal of your learning is conversation. If you’ve ever attempted to speak Korean but were unable to, then hopefully you’ll find this post helpful.

Thank you for reading. If you have any questions or suggestions. Comment down below. 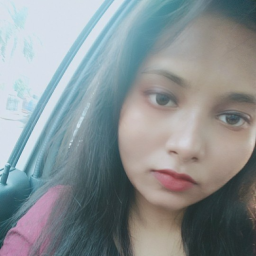 Smriti Ekka graduated in Commerce and Library science, and currently she is working as a content writer at TOPIK Guide website. She is a Korean language and culture enthusiast and has been working across multiple disciplines which broadly addresses narratives of similarities between Korean and Indian culture. Apart from being a content writer at TOPIK Guide she manages Annyeong India website and has had her pieces published in Learn Korean in India website as well. In her other life, she is a singer, rising entrepreneur, life enthusiast and a learner.We are a team of passionate researchers from Seoul National University specializing in Korean language and linguistics. We are committed to helping international students prepare for the TOPIK test. You can connect with us on Facebook, Twitter, Google+ or YouTube